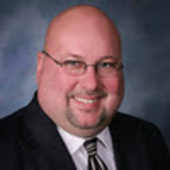 I have been a Realtor for more than 18 years. I have several professional designations including GRI CRS ABR and SFR. I have volunteered time teaching first time homebuyer classes at the ICCF for more

Get to know George Guyott

I have several awards including the Pinnacle Award from the Grand Rapids Association of Realtors, as the "Good Neighbor" winner in 2007. In 1997 I was ranked by Century 21 as the 7th highest producing agent in the region, which included Michigan Indiana and Illinois. I also received the Customer service Award from Century 21 that year. I also have managed Real Estate companies in Grand Rapids. In 2006 and 2007 I was awarded the "Manager of the year Award (Each Year) While Managing EXIT Realty Success, where I had up to 70 agents under my supervision.  I was the Winning Manager, for the state of Michigan, which put me at the top of about 30 other EXIT Realty Managers/Brokers in the State.

I dont rest on my Laurels however...Each one of my clients is important, as they have placed their trust in me, to help them make one of the biggest purchases, or sales of their entire lives!!!

In my past I have been a Chef. With that career came the experience of moving from City to City, or even Country to Country! I have a first hand knowlege of how the pressure of relocating feels and affects your family! I have also been certified through Prudential Realty's Relocation program, which makes me an eligable agent if your company has a specific arrangement with that service. On top of all that, the "ABR Designation" Means that I am an "Accredited Buyer Representative". I know how to handle relocating executives and their families!