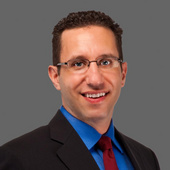 A Real Estate Company You Can Recommend!

Get to know Drew Ludlow

With over 30 years' experience as a Triangle resident, Drew understands the local market better than almost anyone. Having gone to high school in Raleigh, graduating from the University of North Carolina at Chapel Hill, and finally settling down in Apex, his roots as a North Carolinian are sewn.

Drew began his professional career in real estate by buying, rehabbing, renting and selling investment properties. He admits he made a lot of mistakes along the way, but he also made a lot of good and profitable decisions. The interest in real estate quickly grew, and before long, he had graduated from the School of Hard Knocks.

Drew immediately started his career as a Realtor® with one of the national real estate franchises you see advertised all over town. However, he quickly became inhibited by the lack of freedom those ‘bull-pens' offered. So, he amicably parted ways, hung his own shingle and never looked back!

Drew is a multi-million dollar producer in residential and investment real estate sales, and is considered to be a Top Producer among Realtors nationwide.

With an average Google and Zillow rating of 4.9 - 5 stars, Ludlow Real Estate Group is definitely "A Company You Can Recommend!"

Although Drew works in real estate full-time, his life is not all roofs, walls and basements. Drew is a professional DJ and amateur musician/composer. His true passion is working in his home studio, composing, recording and remixing various styles of electronic music. As a DJ since 1996, he has performed at thousands of private parties in the Triangle area and beyond. Moreover, he has professional voice over, MC services, soundtrack work, and minor film and TV appearances to his credit. Drew still loves to perform and continues to operate Drew Ludlow Productions, a local mobile DJ and event production company serving the Triangle area.

Drew currently lives in Apex with his wife and two boys.