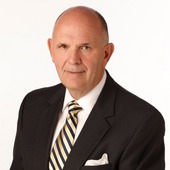 To optimize value for homebuyers and investors with his keen market analysis, industry insight and eye for opportunity To provide the most innovative marketing to command the highest price for each seller's property To thoroughly educate buyers on the purchase process to inspire the right decisions and deliver effective negotiating that seals the best deal

His love of the Palm Beach area coupled with his knowledge of real estate investing has culminated in a successful career as a luxury real estate specialist. A skilled businessman, entrepreneur, marketer and negotiator, Dana achieves seamless success due to his accomplished background and service-focused approach.Originally from Canada, Dana lived the "snow bird" lifestyle, enjoying winters in Palm Beach for over 25 years, and was finally drawn to the beautiful weather and landscape full-time when he became a resident of South Florida in 2003. Over the years he has served as a national manager for a major accounting firm in Canada, owned a successful mid-size printing company, and operated a not-for-profit fundraising business.

Through Dana’s professional experience, he has cultivated excellent communication skills as well as the ability to interpret situations exceptionally well, anticipate problems before they arise, and pay extra attention to detail to make sure the job is done right. His stellar reputation built on his commitment to his clients and to successfully advocating for them is a testament to the focused attention and dedicated time he puts into fulfilling every one of their unique needs.Whether you are seeking or selling an equestrian property, a luxury condo in a golf, country club or adult community, or a sprawling home on the ocean, Dana has your goal in mind and your best interests at heart. Personally, he enjoys living on the water and loves spending time on the beach. Dana is also a Palm Beach history buff, and a sports enthusiast who likes golf and polo.