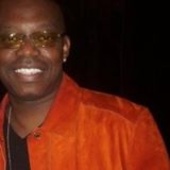 Get to know Carl Agard

After purchasing his first brownstone in 1995, author, real estate broker, and investor Carl Agard experienced first hand the enormous wealth building results of real estate investing and never looked back. A licensed Real Estate Broker in two states (New York and Georgia), Carl has bought, sold and brokered several million dollars worth of Real Estate in over a decade!!!.

Carl started out growing up in the rough environments of the NYC Housing projects. He earned a scholarship to attend Syracuse University and while on campus, started his entrepreneurial trail. Upon graduation, he was a successful party promoter and a top salesman for various Fortune 500 Companies. He went full fledged into a career of Real Estate after being laid off his six figure sales job and realized that he wanted to control his own destiny while empowering his community.

Carl was a pioneer in the New York City Real Estate industry by becoming one of the youngest Independent Real Estate Broker in Brooklyn at the age of 27. He quickly formed his own Mortgage, Property Management, and Construction companies. He opened up an office in Atlanta in 2001 and became one of the first realtors to set up a service to relocate families from New York City to Atlanta.

Carl Agard is an energetic and informative speaker. He has a wealth of knowledge on several topics such as Real Estate, Entrepreneurship, and Credit Restoration. He has appeared on numerous radio shows throughout the country and currently host his own weekly internet radio show RealMoneyRealIssuesRadio.com

Carl is the Vice Chairperson of a non profit in Brooklyn, Vannguard Urban Improvement Association, in which he shares his industry knowledge and information to the community through his monthly seminars. He also speaks and teaches seminars on entrepreneurship at major colleges such as Syracuse University.