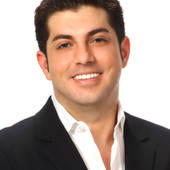 Get to know Brian Pearl

Brian Pearl is a native of South Florida, growing up in Coral Springs. The grandson of a prominent South Florida real estate developer, Pearl has real estate in his blood.  At the age of 21 he obtained his real estate license, but decided to further his education before beginning his career.  He continued to attend Florida Atlantic University in Boca Raton, studying Marketing & Advertising with minor studies in Psychology.

Since becoming an independent businessman in 2004, Brian has created a name for himself in real estate with hard work, integrity and maintaining lasting business relationships with both Clients and fellow Realtors.  He has certainly done that, selling over $7.5M his first year in the business, and helping over 72 families find their new home in 2007!!   Brian truly enjoys the business aspect of Real Estate as much as he enjoys helping people. "I love the fact that every transaction is different; I don't see how I could ever get bored doing what I do."

In 2013, Brian joined forces with Lang Realty, Palm Beach County's leading independently owned real estate firm, in order to form a technology-based E-Team, Lang ISG (Internet Sales Group). Lang Realty has 12 offices throughout Palm Beach and St. Lucie Counties and annual sales volume in excess of $1 Billion. From 2012 to 2013, in just 12 months, Brian Pearl increased a non-cohesive team that produced approximately $8 million in 2012, to a solid team of hard-working agents that ended the year with a total of 194 closings, $897,000 GCI and $30 million in production!  Due to this level of production, Brian has received several awards and recognition including an invitation-only luncheon with Gary Keller himself as well as the prestigious Blue Diamond Elite award.  Since 2015, Brian has closed over $23 million each year with 50+ annual transactions and has received the prestigious Diamond Award, Lang Realty's highest honor.

Brian's talent is only outweighed by his drive to succeed and is exemplified by his tremendous career. With the marketing and cutting-edge technology that Lang Realty provides, the sky is truly the only limit that Pearl sees at this point. Watch out for Brian, soon you won't be able to miss him.

Brian works in all facets of his line of work, specializing in:

Internet Marketing Specialist - Brian Pearl has made a name for himself in the world of online marketing and technology.  As the Interactive Marketing Director for Lang Realty, Brian handled SEO, Social Media Marketing, Websites, Link Building, Content Management, Reputation Management, and the wide array of other activities that it takes in order to consistently rank on the first page of search engine results.  If you want your home for sale in Boca Raton, Delray Beach, Boynton Beach, or Highland Beach, contact Brian Pearl and you will be seen by the 90% of home buyers who begin their property search online!

Certified Distressed Property Expert, which allows Brian to assist home sellers that need to short sale their home as well as home buyers looking for a good deal in a short sale purchase.  Brian Pearl also has extensive experience in dealing with REO (foreclosure) properties on the buyer's side.

Certified Investment Agent Specialist - distinguishes Brian Pearl as a real estate investment expert and gives him the knowledge and experience to assist both long term investors as well as short term investors in real property.

Negotiation Expert - Brian Pearl has had years of experience and education in the art of negotiation, because that is what he believes it is; an art.  Providing proof of this, Brian has shown a higher List Price : Sale Price ratio than most other agents in his market.  Results speak volumes!