Smile And Take All The Holiday Times In Stride

9 Comments
DUDE, You're Doing It All Wrong!!!

A Day For No Words Sandy Hook Elementary

8 Comments
I had heard of the Sandy Hook Elementary school shooting from social media about two hours after it happened reading a social media stream. The community of Newtown, CT has been hurt deeply. Small town America. Deaths of so many, including kindergarteners at the hands of what is a person with men...

In Business And Life Timing Is Everything

14 Comments
Early in my business career I was in a meeting with a CEO and he said MANY opportunities would present themselves to you in life, like windows passing by and you either opened them or let them just pass by for someome else. It made me think that               Timing Is Everything. Some opportunit...

7 Comments
I do wonder about trends looking around. So much of society is turning IT SEEMS into more about Me Me. What do they call an upcoming generation, the Me Me generation? So many postings written and photograhs and video on social media to DRAW ATTENTION to oneself. Made me think Is The Word Sacrific...

Everyone Has Their Little Part To Play

14 Comments
This is a story about a small candle carried by a man who was climbing the stairs of a lighthouse. In their way up to the top, the candle asked the man, "Where are we going?" We're going to the top of this lighthouse and give signals to the big ships on the ocean," the man answered. "What? How co...

Be A Master Storyteller With Words

23 Comments
Some mornings I wake up and think I have come back in life as a little Stephen Spielberg, MASTER STORYTELLER. It must be another phase of life I am destined for, Hollywood script writer. I watch movies and literally RIP the poor writing of some films to death. Some films people say should be nomi...

Speechless Sunday ~ Well The Dog Is A Retriever

E Books Are THE Books

7 Comments
I thought the phrase E Books are THE Books had a certain catchiness to it. We are headed that way, away from paper into books as volumes on our electronic devices. I think we all like the book shelves in libraries and bookstores, but will they survive? Maybe, but I am not so sure. This Christmas ...

10 Comments
A little Hallmark Christmas time video I came upon with a tender message contained within. It is such a beautiful and joyous time of the year.

Everything OLD Is NEW Again ~ The New MySpace

6 Comments
With so many social media platforms out there, Facebook, LinkedIn, Pinterest, Twitter, YouTube, Instagram, Google+ so many REALTORS and even just non techy folk ask should I be on all of them? I just suggest dip your toe into the ones that seem to make sense to you, that you enjoy, possibly get s...
<< Previous 1 2 3 Next >>
Back to Top Recent
Ambassador
1,898,153 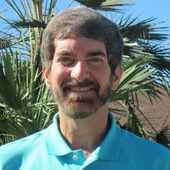