Like
Home > Blogs > Eric LaMay > Blog-Home
Fort Worth Realtors talking about real estate in and around Fort Worth Texas.
RECENT BLOG POSTS

2 Comments
I never like to talk about news that is less than good, because it is my nature to look at the glass half full. However sometimes you have to share the news, what ever it is, good or bad because as much as I don't like bad news; Information is power. I think that hearing news that is less than po...

Fort Worth, Where the West begins!

0 Comments
Howdy Yall.... Fort Worth is a great place to call home!

What has our country come to?

1 Comments
Is anyone going to let the world know that "America" do not support this? Are the politicians or the religious leaders going to denounce this action as "what America and Americans are" or will they just by by and do nothing? If this action does take place and these leaders do nothing, will these ...

2 Comments
Hello Friends, In a recent artical by Lawrence Yun (Cheif economist of the National Association Of Realtors). The debate on cutting back or removing the Mortgage Interest Rated Deduction (MID), is under attack. If you are now or will become a home owner in the future, I suggest that you contact y...

Email Etiquette (What R U Saying?)

3 Comments
In today's fast paced world of tweets, Facebook, texting and e-mails we sometimes forget what our works (or lack of) are actually saying to those who receive them, forget about the "ease droppers" online that we allow to see what we are saying. Point is, we are saying something ourselves every ti...

0 Comments
By Perry Bacon Jr. Washington Post Staff Writer Thursday, July 22, 2010; 2:07 PM Conceding they can't find enough votes for the measure, Senate Democrats will announce Thursday they are abandoning for now efforts to put together a comprehensive energy bill that would seek to limit greenhouse gas ...

TAX CREDITS STILL AVALIBLE TO SOME....

0 Comments
IF YOU HAVE NOT HEARD..... ALL THE TAX CREDITS ARE NOT GONE! THERE IS STILL A PROGRAM THAT IS ADVERTISED VERY LITTLE CALLED (MCC, MORTGAGE CREDIT CERTIFICATE). AS ALWAYS THERE ARE GUIDELINES AND STUFF, BUT IT IS WORTH LOOKING INTO. MCC TAX CREDITS

4 Comments
I just finished reading the most incredible book, "The Shack". I have never claimed to be a religious person nor will I ever, however I am very spiritual and this book was so fascinating to me. The book is not a hard read but is very detailed in the way it is written. The story has made me realiz...

0 Comments
I have always beleived that buying is better than renting. After all, Renting is paying off someone elses mortgage not your own. With Interest rates at an all time low, and inventory at an all time high; It just makes sense to me. Of course this is not the entire picture, as everyone needs to dec...
Previous 1 2 3 4 5 6 7 8 9 10 11 12 13 14 Next
Back to Top Archives
Rainmaker
40,345 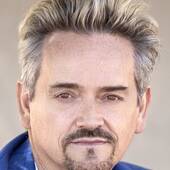 A place to exchange ideas, challenges, and points of interest with other Real Estate professionals and concerned/curios home buyers and Sellers.