0 Comments
"Have the same mindset as Christ Jesus: who, being in very nature God, did not consider equality with God something to be used to his own advantage; rather, he made himself nothing by taking the very nature of a servant, being made in human likeness." Philippians 2:5-7 NIV

0 Comments
"I thank you God for this most amazing day, for the leapinggreenly spirits of trees, and for the blue dream of sky and for everything which is natural, which is infinite, which is yes." - E.E. Cummings

0 Comments
"Live neither in the past nor in the future, but let each day's work absorb all your interest, energy and enthusiasm." - Sir William Osler

3 Comments
""Press on", has solved and always will solve the problems of the human race." - Calvin Coolidge

0 Comments
“Sometimes your only available transportation is a leap of faith.”  Margaret Shepherd, Author and Artist

5 Comments
"Life isn't about waiting for the storm to pass;it's about learning to dance in the rain." - Vivian Greene

2 Comments
“Producing is nothing more than bringing all the elements together, connecting people.” Brion James American actor (February 20, 1945 -- August 7, 1999) 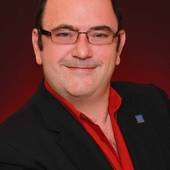