Ormond By The Sea, Florida Condos Sold in July, 2011

Ormond By The Sea, Florida Condos for sale by price range July 31, 2011

5 Comments
Little alligator waiting for lunch on the St Johns River in Florida.  I was walking along the dock going to lunch at Corky's and looked over and saw what I thought was a plastic alligator.  I watched him for awhile then he decided to move along with me.  There were signs saying do no feed the all...

Beach life shell with a homeowner in Ormond Beach Florida

6 Comments
Another home on the beach.  This little shell was upside down as I tripped over it.  When I picked it up the homeowner came out to greet me.  He was very friendly but really liked it when I put him back down.  Beach like is grand!!!!!

Pelican waiting to have lunch on the Halifax River, Ponce Inlet Florida

2 Comments
Pelican waiting to have lunch on the Halifax River Florida Picture of the Ponce Inlet Lighthouse and the pelican was taken Monday while out boating. We were waiting to see what the Pelican would have for lunch although he just kept to his post while we were around.

14 Comments
Everybody want ocean front property!  Found this little house belonging to an animal that lives on the beach.  I just got a kick out of it as I sell property on the ocean.  The amount of wildlife that exist on the beach is tremendous.  It is very interesting to take a walk on the beach as everyda...

3 Comments
Beach life Kite Surfing Mantanzas Inlet Florida There were 4 or 5 kite surfers out last night at Mantanzas Inlet.  It is so much fun to watch these guys as they do all kinds of stunts on the water.

5 Comments
Beach life - Sand Dollar and shell in the sand on the beach.  Just wanted to share my picture of the sand dollar and the shell I found on the beach while walking during the evening.  When the tide goes out you find alot of interesting shells on the beach.  Sand dollars are not as common on this s...
Previous 1 2 3 4 5 6 Next
Back to Top Archives
Rainer
145,031 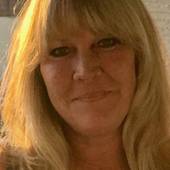