3 Comments
Foreclosures were filed on 332,292 U.S. properties in October, a decrease of 3 percent from September, but still up nearly 19 percent from October 2008, according to foreclosure sales site RealtyTrac.October marks the third-straight month of declines in foreclosures, which many see as an encoura...

0 Comments
Thanks for the warm welcome from everyone. We updated our profile so you can now see who we are. I look forward to learning a lot from everyone   Stan

18 Comments
Simi Valley is an incorporated city located in the extreme southeast corner of Ventura County, California, bordering the San Fernando Valley of Los Angeles in the Greater Los Angeles Area. According to the most recent Census estimate, the city had a total population of 118,687 in 2005. Simi Valle...
Back to Top Archives
Rainer
5,041 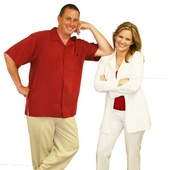