Like
Home > Blogs > James Loftis > Blog-Home > Blog Archive
If you or someone you know is facing foreclosure, Don't give up so fast!, there are options that are available to you.

3 Comments
Mortgage rates in the U.S. fell to the lowest level in Freddie Mac records after the Federal Reserve announced a plan to reduce borrowing costs even further.  The average rate for a 30-year fixed loan dropped to 4.01 percent in the week ended today from 4.09 percent, Freddie Mac said in a state...

2 Comments
A federal judge has given the green light for a class action lawsuit against former foreclosure  titan David Stern.  The case is just one of dozens of lawsuits involving Stern. Stern's publicly traded foreclosure business and law firm  imploded late last year after being fired by major lenders...

3 Comments
Broward County is offering the Energy Sense Appliance Rebate Program to County residents to encourage replacement of an old appliance with a new more energy efficient appliance. Up to $400,000 is available in rebates to eligible participants. The County expects 1,200 to 2,000 rebates to be issued...

0 Comments
According to an article in Friday's Daily Business Review, a large number of out of state law firms are flocking to Florida to handle work from Fanniemae,Freddiemac and other banks.  The firms are taking over files from  the law offices of David J.Stern and Ben-Erza Kartz, , Two of the big forecl...

1 Comments
Foreclosure activity in Florida is trending down, according to the latest informaton from Realtytrac.     http://www.realtytrac.com/MarketTrends/NewsLetter.aspx?guid=ed0f5559-ef89-48d1-9cd6-f4ddd8126daa

FannieMae,Freddiemac to raise there fees?

0 Comments
According to the chief regulator for FannieMae & FreddieMac they are not charging enough for there mortgage guaranteees and should  raise thre fees.    The companies were   taken into govenment conservatorship three years ago, when  mounting defaults pushed them toward insolvency.   Since then th...

1 Comments
According to a recent article in the Daily Business Review ,Bank of America Corp, the lender burdened by its Countrywide Financial Corp takeover, would consider putting the unit into bankruptcy if litigation losses threaten to cripple the parent. http://www.dailybusinessreview.com/PubArticleD...

Help For Those Facing Foreclosure

1 Comments
The Federal government has a new program to help Florida homeowners facing foreclosures. Seems like a great program for those needing assistance. My wife who is a mortgage broker just starting working with a company offering assistance applying for the program.    https://www.flhardesthithelp.org/

0 Comments
For those that have purchased a home and wish to claim it as there Florida Homestead can do so online Very fast and convenient.   https://www.bcpasecure.net/onlinehomestead/web/index.aspx

0 Comments
Mortgage applications increased for the first time in four weeks as record low borrowing cost boosted purchases and refinancing.   The rate on a 30 year fixed mortgage dropped to 4.17%, which may encourage more Americans to trim monthly payments by refinancing.   The average rate on a 30 year f...
<< Previous 1 2 3 Next >>
Back to Top Recent
Rainer
508,857 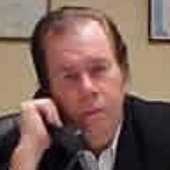 Reo Agent Foreclosures,Short Sales. Loan modifications Real Estate Broker, Miami/Palm Beach Florida area. If you have a buyer looking for a home in my area, please refer them to me. 25% referral commission