Like
Home > Blogs > Garren Grup > Blog-Home
The Naples and Bonita Springs area is known for scenic beach and water front homes and condos as well as the luxurious interiors that adorn them. Enthusiasm for real estate and the beauty in the Naples/Bonita Springs area makes being a Realtor here a rewarding experience. The opportunity to help you traverse the various lifestyles and locate your place in paradise is effortless when surrounded by sandy white beaches & spectacular sunsets in this tropical setting. Exceptional outdoor opportunities include boating on the bay & Gulf waters, golfing on one of 100 courses, tennis & many other year round activities.
RECENT BLOG POSTS

0 Comments
Bonita Mail Stop owners Tony & Carol have decided to take their well established packaging and shipping business to the Internet!  Located just across from Bonta Bay, on US 41 & Terry Street in Bonita Spring they both send and receive packages on behalf of their International clientele.  Tony & C...

Bueller, Bueller! ...Ben Stein says "Were Not in a Recession...They Sell Fear!"

6 Comments
Ben Stein, an economist and the son of an economist who coined the phrase "Voodoo Economics" which you may recall hearing in the way he's better known to some, as the economics teacher in "Ferris Bueller's Day Off" repeating, "Bueller, Bueller!" This time Ben Stein is trying to wake consumers wi...

6 Comments
Spring Run at The Brooks recently hosted a real estate agent panel and breakfast at the Spring Run Clubhouse to solicit feedback and suggestions from local Realtors and their clients first impressions of Spring Run.  The meeting was hosted and moderated by Mike Zigler, the general manager at Sp...
Previous 1 2 … 5 6 7 8 9 10 11 12 13 Next
Back to Top Archives
Rainmaker
155,359 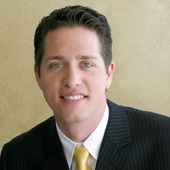