Like
Home > Blogs > Dee Dee Hanson > Blog-Home
All about life and real estate in Saugatuck, Michigan, the most beautiful place on the planet
RECENT BLOG POSTS

1 Comments
While selling a  "Cash Cow" property in Holland, Michigan, near Saugatuck, I had Cash Cow Stress Toys made with my name on them for advertising the property.  These cows were given out and mailed  to prospective purchasers.  One of my clients sent a couple of these to his son in Afganistan, Jacob...

Saugatuck, Mi Fall Colors are now Here! Come on Over

1 Comments
The trees are turning in Saugatuck, Mi this week.  Come on over and enjoy!  Everywhere you look is another beautiful display.  And while you are here call Dee Dee Hanson of Coldwell Banker at 616-836-8535.  Get your own cottage and never miss a Saugatuck Color Show again!

0 Comments
Saugatuck, Mi - Sept 22nd was the date of the Hayride, Bonfire, Star Gazing and Harvest Dinner for Dee Dee Hanson's clients from 2012 and those who had referred clients to Dee Dee last year.  The weather was not the best so the Star Gazing fell by the wayside as all we could see were clouds but c...

1 Comments
Saugatuck Douglas Art Club is having its annual clothesline Art show and Sale on Water Street in Saugatuck at the Park from 10 AM to 2 PM this Saturday, September 15, 2012 from 10 AM to 2 PM. Art Club members will be showing and selling their artwork.  It is displayed in the unique clothes line f...

0 Comments
Saugatuck, Michigan is exploding with real estate sales!  I have been so busy that I have not been blogging as usual. Here is the market study for Saugatuck, Douglas, and Saugatuck Township comparing a year ago from today (9/8/11 to 9/8/12) to the previous time period from two years ago to last y...

0 Comments
Always wanted a secluded log home?  Here it is.  Located in Saugatuck, Mi with just under two acres.  Home was built with half logs milled from the property.  Lots of trees.  Very secluded. Two fireplaces and a finished basement.      And as an extra added bonus, there is a fantastic barn in the ...

Saugatuck Area Real Estate Market Study Year to Date Jan to May, 2012 vs 2011

0 Comments
Oval Beach in Saugatuck, Mi was delightful last night.  It was great to take a few minutes away from the real estate world to view one of those pink and blue sunsets.  Very restful.  Not quite as manic as the orange and yellow ones which are also great.  Parts of the horizon were non existant as ...

Saugatuck, Mi Oval Beach with the first swimmer in March, 2012

0 Comments
Saugatuck, Mi  weather has been interesting.  June in March.  Temperatures in the 80's.  All the flowering trees are blooming and swimmers are entering Lake Michigan at Oval Beach!  Come on over!  The water is fine.

0 Comments
Last year we had a ten year supply of vacant land in the Saugatuck area but that is changing.  Buyers are starting to notice that they can get the land a lot cheaper than in the boom, boom years and in December I sold two vacant parcels.  Now the calls are coming in and people are starting to buy...
Previous 1 2 … 7 8 9 10 11 12 13 14 15 Next
Back to Top Archives
Rainmaker
91,935 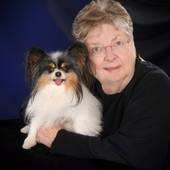 If you love Saugatuck. . service is what I do
Dorothy Hanson, Broker
http://mysaugatuckrealestate.comhttp://saugatuckforeclosure.com
FollowProfile
BlogLearn More
local_phone(616) 836-8535
smartphone(616) 836-8535
Contact The Author