Milton returns to High School Rankings for first time since ’80

0 Comments
Milton is 5-0 for the first time in 14 years, but being ranked is even rarer. The Eagles are No. 9 in this week’s Atlanta Journal-Constitution’s Class AAAAAA rankings, Milton’s first appearance in a state poll since 1980. Milton opened the season with a 31-24 overtime victory over Alpharetta, now...

0 Comments
Election Day 2013 is less than five weeks away and Georgia Secretary of State Brian Kemp wants to make eligible voters aware of the deadlines and requirements for the Nov. 5 special election in Gwinnett County. A three-year renewal of the 1 percent special purpose local option sales tax (SPLOST) ...

0 Comments
Led by schools in the North Fulton area, the Fulton County School System had the second-highest overall average in Georgia for the most recent scores of the Scholastic Aptitude Test. The Georgia Department of Education released the figures on Thursday, and they show that Fulton students averaged ...

Uncle Sam May Pay You to Sell the Home You Can’t Afford!

0 Comments
One of the most talked about government programs to help distressed homeowners; is The Home Affordable Foreclosure Alternative also known as HAFA.  When the housing market crashed in 2008, millions of homeowners suddenly found themselves in danger of losing their homes to foreclosure.  Created in...

0 Comments
The Johns Creek High School Varsity and Junior Varsity Cheerleaders are sponsoring the KICK IT FOR THE CURE event on October 11 at the JCHS Varsity Football Game beginning at 7p.m.   Click here for the details! X

0 Comments
A group of Forsyth County home owner associations and homeowners have teamed up to oppose proposed high-density developments, two of which the Board of Commissioners is set to consider at its next business meeting, set for Thursday, Sept. 19, at 5 p.m.Members of the group, Forsyth County HOAs & H...

0 Comments
JOHNS CREEK, Ga. — For the second year, the city of Johns Creek hosted the Dream Mile event.About 1,800 people came out to support the cause whose mission is to educate people and raise funds for underprivileged children in India.The 15th annual Dream Mile was held at Shakerag Park on Saturday, S...
Previous 1 2 … 7 8 9 10 11 12 13 14 15 Next
Back to Top Archives
Rainmaker
55,936 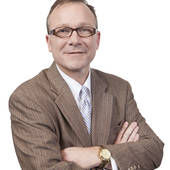