0 Comments
Carronbridge Subdivision is a majestic neighborhood filled with luxury homes. With a prime location in the up-and-coming hot spot of Cool Springs TN, this neighborhood is highly sought after because of the plentiful shopping and dining choices in the immediate area.

0 Comments
Carriage Hills Subdivision is a premier location with 128 homes that were built from the 1980s through the mid-1990s.There are a variety of home styles throughout this Brentwood subdivision with home prices ranging from $350,000 to $450,000.  This community merges the conveniences of “life in the...

0 Comments
Cameron Farms Subdivision is a beautiful, family oriented community located in the rolling hills of Thompson’s Station. This charming neighborhood sits along Buckner Road in Williamson County and it consists of 442 homes and has lots of amenities.  Interstate 65 is very close which makes an easy ...

2 Comments
Camden Commons is a one-of-a-kind neighborhood that was established in 2008 and offers its residents a distinctive standard of living. Located at the heart of Gateway Village, Camden Commons has an intimate urban atmosphere with a flare of old world European design.  Exclusive shopping, dining ...

0 Comments
Buckner Place Subdivision is located in the small town of Thompson’s Station TN along Buckner Road in Williamson County.  This is a well-established neighborhood that features a variety of single family homes.  The houses here were primarily built in the late 1980s and early 1990s with some newer...

2 Comments
Brixworth Subdivision is not far from the neighboring areas of Historic Downtown Franklin and Cool Springs which offer residents plenty of unique shopping and dining experiences. The single family homes in Brixworth are relatively new as they were primarily built in the 2000s and the price range ...

0 Comments
Brenthaven Subdivision is one of the oldest and largest neighborhoods in Brentwood TN.  This community boasts 800 homes in one of the most convenient locations within Brentwood.  Interstate 65 lies just west of Brenthaven which makes it easy to travel in/out of Nashville and the subdivision is cl...

The Tors of Avalon in Franklin TN

0 Comments
The Tors is the most elite and exclusive section within the Avalon subdivision.  This is the only part of Avalon that sits behind a guarded gate.  The Tors features large, sprawling estates that in many cases resemble castles, giving way to the feeling of Camelot.

The Hamlet of Avalon in Franklin TN

0 Comments
The Hamlet is a gated community within Avalon that offers large single family homes.  There are a total of 41 homes in The Hamlet and many of those provide over 4,000 square feet of living space.  The home sites, on which the striking homes in this section were built, are roughly 1/3 acre in size...
Previous 1 2 3 4 5 6 Next
Back to Top Archives
Rainer
25,806 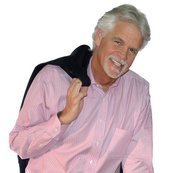