0 Comments
What Happened Last Week Last week, investors again focused on the expected new monetary stimulus program from the Fed, but no details were revealed. The economic data released during the week continued to show low inflation and modest economic growth. As a result of no real surprises, mortgage ra...

0 Comments
What Happened Last Week: Mortgage Week In Review: The chance for additional Treasury purchases by the Fed helped mortgage rates improve early this week. Stronger than expected economic growth data trimmed the gains later in the week. The net result was that mortgage rates ended the week a little ...

Could It Cost Less To Own A Condo Compared To Renting One?

9 Comments
Could It Cost Less To Own A Condo Compared To Renting One? If you are a renter, or a Real Estate Agent, you'll want to watch this short video.

A Stager's Advice to Realtors

3 Comments
Great Staging Advice from a Pro.A Stager's Advice to Realtors Lately I've been on the agent circuit, having done recent home staging presentations for local Keller Williams, Re/Max and Prudential GA Realty offices.  On the third presentation I realized that there are several key points that I alw...

With Rates Historicaly Low, Are You Asking The Right Question?

How MDIA and HVCC will Impact Your Closing Date

1 Comments
This is a well written and detailed explanation of MDIA and HVCC.  Required Reading for Real Estate Professionals and consumers entering into Real Estate transactions.If you're in Real Estate and have a pulse, you've experienced, or at least heard of, the frustrations caused by the HVCC process. ...

Queen of The Loan Music Video

22 Comments
I was recently crowned "Queen Of The Loan" by the Windsors because they heard that I give my clients "The Royal Treatment". As part of my duties, it turns out I'm required to address the public, so after LOTS of Royal coaching, here's a little song.... New and Improved!

2 Comments
Lending has become tougher than ever and the Home Valuation Conduct Code, which became effective May 1, 2009 has thrown the real estate and lending industry into chaos. I recently had clients approach me who were in need of a cash-out refinance to make improvements to their home. Ordinarily this ...
Previous 1 2 3 4 5 6 Next
Back to Top Archives
Rainmaker
53,832 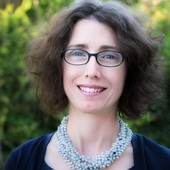