Mark Pires has not posted any blogs at this time. Please select another month.
Back to Top Recent
Rainer
22,191 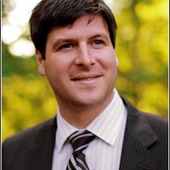 If a home is for sale in your neighborhood, don't be surprised to hear some buzzing overhead. It might be a remotely controlled, camera-equipped miniature aircraft sent aloft to photograph the sale property. Videos and photographs set marketing of the property apart from the competition, said Mark Pires, a real estate agent with the New Canaan office of Coldwell Banker who uses his miniature helicopter, or unmanned aerial vehicle, to capture aspects of a property that cannot be seen from the ground. "I can change the trajectory of the camera to shoot at all angles. I've got a few properties where I'm shooting on daily basis. The film quality is amazing," said Pires, who spent months training himself to use the aircraft. "The ceiling limit is 400 feet, according to the FAA (Federal Aviation Administration)." But the FAA might have other concerns. FAA spokesman Les Dorr said Tuesday that agency regulations prohibit commercial operations of unmanned aircraft. "If it's a commercial operation, we want you to stop," Dorr said, adding that because of the proliferation of inexpensive remotely controlled aircraft (commonly called UAVs) it is difficult for the agency to control their use. "We don't have the resources to go out and look for people doing this commercially." If the commercial operators are located, the FAA orders them to stop using the devices. "Normally they agree to stop. We only pursue a civil penalty if they were operating in a careless and reckless manner that would endanger people or aircraft," Dorr said. The FAA is writing regulations involving commercial operations and the issuance of permits, he said. But Pires argues he isn't violating FAA regulations because he doesn't charge his clients for the aerial photography. "They aren't paying for it. It's just part of my marketing service. I don't see an issue," he said. "It's gratis. It's just added value for my clients. There is no additional charge for my aerial, no commercial application." Pires said he has seen a steady increase in clientele since he started using the UAV more than three months ago. "It's really cool. My properties area getting new interest as a result of the aerial photography," said Pires, 35, and a New Canaan native. "I don't charge my clients for this service. It's part of the marketing." The aerial high-definition photos of the properties can be seen on individual websites he has developed. Aerial photos of Jim Martin's property at 25 Dudley Road in Fairfield can be found at www.25Dudley.com. "His aerial photography is state of the art. He brings a whole new dimension," said Martin, who is selling his 3,000-square-foot 1764 farm house and adjoining 1,200-square-foot cottage (a converted riding stable) on a half-acre lot for $939,000. "It (aerial photography) shows the house in relationship with the neighborhood. It shows the house in a totally different light. It was key to capture the expansiveness of the house." This year, Pires was recognized with the Coldwell Banker International Sterling Society award, presented to the top 14 percent of about 82,200 sales associates worldwide in the Coldwell Banker system. "Selling houses in today's economy is challenging. I have purchased my own aerial equipment to continue to differentiate my listings from the rest of the market," said Pires, who has worked for New Canaan office of Coldwell Banker for two years. The use of remotely controlled aircraft by real estate agents in North Fairfield County is rare. "It's a pretty novel approach to marketing property," said Richard Eimicke, association executive at the Northern Fairfield County Association of Realtors. "I never heard of it being used here before. I would give a good perspective of the property." Dave Wilk, sales manager of the Coldwell Banker Residential Brokerage offices in New Canaan and Darien, said he was impressed by Pires' initiative. "Mark continues to impress me with his passion, energy and innovative approach to marketing," said Wilk, who has spent 29 years in the business. "I think this will be a big differentiator." Other agents rely on a third party to provide their aerial photography for a substantial cost per flight, he said. "Mark's clients will have a defined advantage over those that need to hire a company to provide the same results," Wilk said.