0 Comments
Mar 28, 1969: Dwight D. Eisenhower, the 34th president of the United States and one of the most highly regarded American generals of World War II, dies in Washington, D.C., at the age of 78. The most serious nuclear accident in United States history takes place at the Three Mile Island plant near...

On this day March 25

3 Comments
In one of the darkest moments of America's industrial history, the Triangle Shirtwaist Company factory in New York City burns down, killing 145 workers, on this day in 1911 On March 25, 1958, Sugar Ray Robinson defeats Carmen Basilio to regain the middleweight championship. The Reverend Martin Lu...

Mark Michalak, What happened on March 23

0 Comments
On this day in 1839, the initials "O.K." are first published in The Boston Morning Post. Meant as an abbreviation for "oll correct," a popular slang misspelling of "all correct" at the time, OK steadily made its way into the everyday speech of Americans. On this day in 1937, Craig Breedlove, the ...

3 Comments
If you want to save energy when you are drying your clothes put a dry towel in with your wet clothes and it will help with your energy savings and gas if you have a gas dryer.

On this day March 22

1 Comments
On this day in 1983, the Pentagon awards a production contract worth more than $1 billion to AM General Corporation to develop 55,000 High Mobility Multipurpose Wheeled Vehicles (HMMWV). Nicknamed the Humvee, In 1992, a civilian version of the Humvee, known as the Hummer, went on sale  March 22, ...
Previous 1 2 3 4 5 Next
Back to Top Archives
Rainer
14,080 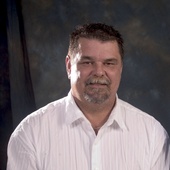