It's Spooky To Be Hungry

0 Comments
At a metting this past Tuesday on of the speakers indicated that people who were helping to stock the local food banks last year may very well be in the line seeking food this year. For anyone in that position I've got to imagine It's Spooky To Be Hungry.

0 Comments
Credit repair in Atlanta may not be as difficult as you might think. With over 79% of all credit reports containting inaccurate data it just may be easier to repair a credit report than one might think. After all the Fair Credit Reporting Act favors the consumer.

No Down Payment Mortgage

0 Comments
Five Star Mortgage of Duluth, Georgia has just announced a No Down Payment Mortgage. I guess this is their "Mortgage Stimulous Package" for the Greater Atlanta Market.

0 Comments
For the money this Lawrenceville Home for Sale has so much to offer. The private wooded fenced backyard is ideal for pets and children or just enjoying nature. Lawrenceville Georgia is known as the "Crepe Myrtle City" and these lovely flowering shrubs line many of the streets.

0 Comments
Located in the Richland Subdivision is this wonderful Suwanee Home for Sale. Suwanee Georgia has been named by Money Magazine as one of the top 10 cities in the United States to live. Trend Magazine also named Suwanee as a "City of Excellence" in 2003.

1 Comments
Located in the “Lakes” section of the Flowers Crossing at The Mill Subdivision in Lawrenceville is 1264 Williston Drive. This brick front ranch style home with Hardiplank® siding features an open floor plan and has 3 bedrooms and 2 baths on the main level with a 4th bedroom/bonus room up. The ove...

0 Comments
The holiday season officially kicks off on Thursday Evening in Atlanta with the "Lighting of The Great Tree" atop Macy's at Lenox Square shopping mall in Buchead. For newcomers to the Atlanta area, this tradition has been taking place for as long as I can remember. After a day filled with family ...

0 Comments
Eventhough the Atlanta market has experienced a slow down, as has much of the country, this market remains one of the most stable. The following statistics are from FMLS, one of the two listing services for the Atlanta Area.For Single Family Properties - the month of September, 2006 there were 51...
Previous 1 2 3 4 5 Next
Back to Top Archives
Rainmaker
8,427 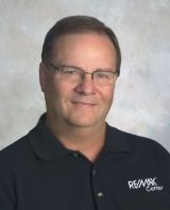