Like
Home > Blogs > Lloyd Binen > Blog-Home
The Santa Clara County real estate market is adjusting to the tightening credit standards and subsequent loss of Buyers. From about 2002 to 2006 the real estate market was kept more active than the underlying fundamentals would justify because of the liberal financing and easy credit standards. Buyers didn't need a down payment, they didn't to verify their income and they used deeply discounted adjustable interest rate loans to qualify to financing. All of this is "coming home to roost" and the low-end of the market, in particular, is very soft. Well-priced homes in good locations are still active.
RECENT BLOG POSTS

5 Comments
I received an e-mail yesterday from the California Real Estate Legal Alliance.  They're the attorneys who worked with the Errors and Omission Insurance company endorsed by the California Association of Realtors® last year.   The e-mail says: "It has recently come to our attention that some unsus...

0 Comments
With the Federal government shut down and the resulting short tempers and seriousness, I was hoping Bob Crane's post would be Featured to lighten the mood of readers.  But it hasn't been Featured at this time, and I don't think it will be.  I commented last night about midnight PST and there are ...

What I've Learned about Growing My Business

59 Comments
What I've Learned about Growing My Business Bill McFadden's Challenge asks us to tell "what you’ve learned in your real estate career".  Here's what I've learned during my 37-year real estate career in about 745 words: If an agent has the motivation and drive to succeed, they'll figure out what i...

Script to Explain the Benefits of Pre-Listing Inspections

14 Comments
Script to Explain the Benefits of Pre-Listing Inspections.  In response to Bob Stewart's request for scripts and dialogues we use, the following is submitted.    Many sellers do not want to pay for pre-listing inspections because they don’t understand the benefits.  This is the script I use to ex...

The Words We Say; "Price Reduction" vs "Improved Price"

13 Comments
The Words We Say; "Price Reduction" vs. "Improved Price". I like to check Chris Ann Clelland's posts because she always has something interesting to say and she loves the action of real estate transactions, and so do I.  And she can whip out a well-written post in 10% of the time it takes me to w...

2 Comments
My marketplace is full of these "buyers".  They say they're investors and they most often call from signs on listings--they're sign calls.   That's fine.  They do have the cash and they're qualified, but they don't have any desire to work with me exclusively and they're motivated only by a price ...

How Much Does a Home in Silicon Valley Cost? 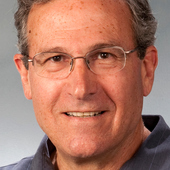