How Can You Help Your Clients Save Some Money?

0 Comments
On May 28, 2009, Irma Marquez, one of EWM's top Weston Town Center's real estate agents, tweeted about checking out your property values.  I caught the tweet in my friends' feed on Facebook.com. Read more . . .

A New And Different Agent: Examining Old And New Models

3 Comments
According to Seth Godin, popular author on marketing: "The future is just like the past (but shinier)."  He goes on to say, "Of course, it's not true. . . . . . . .Your industry has been completely and permanently altered by the connections offered by the internet. Your non-profit, your political...

0 Comments
Come experience the drama -- written by Dr. Jack Millwood, directed by yours truly, and performed by the ECC (Everglades Community Church) Drama Team. Please attend.  You will be more than fed.

1 Comments
It's still happening . . . miracles.  The absolutely amazing community event ever is the First Baptist Fort Lauderdale Christmas Pageant. I had the opportunity to see the 12th show of the 25th Silver Anniversary Season, and what a worthwhile event it was. Having participated as a choir member, fo...

17 Comments
It's about perception -- and reception --- how does the recipient feel about what you just said to him? How did you say it?  Could you have said it better which would have resulted in your getting your point across or what you wanted from him?EWM's Relocation Vice President, Sherrie Porter, has m...

CROSS-COUNTRY CHALLENGE: I'll Show You Mine if You'll Show Me Yours . . . How Does Yours Stack up?

7 Comments
Real Estate agents who take pride in where they live are much more successful than those who do not.  You may wonder, "what agent would make a derogatory remark about her area and sabotage a sale from an out-of-towner?"  It has been known to happen.It is really easy to be proud of the City of Wes...

5 Comments
From time to time, I ask new trainees the question, "Why EWM?"Most recent answer: "I went on a ton of interviews.  EWM's manager was the only one who told me all the costs up front.  I had to drag information out of the rest of them. Even though some of the splits seemed more favorable, by the ti...

9 Comments
What a powerful musical.  I was privileged to experience this phenomenon in April of 2007.At the end of the performance, the actors and support staff made themselves available for questions from the audience.The boy who played Young Simba impressed me.  He had been singing and dancing since the a...
Previous 1 2 3 Next
Back to Top Archives
Rainer
10,042 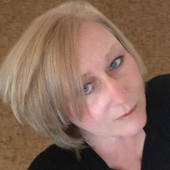