10 things to do this weekend in the Wine Country

7 Comments
How do you think the DMV woud register this vehicle?  Car or motorcycle?

Who's your sister city?

4 Comments
I found out today, that Santa Rosa's sister city is the city of, Bukjeju.  I only know this, because yesterday I was driving home from downtown Santa Rosa when I stumbled upon these two statues.  I thought, those are crazy looking, I should take a picture of those things. I found a small plaque t...

Now that's a pair of scissors

5 Comments
These massive scissors can be found in downtown Santa Rosa at Courthouse Square.

buckle down, bad weather ahead

2 Comments
Northern California is about to be hit by a big, wet, storm that is expected to last 10 days!  Here is an except from weather .com The south-facing slopes of the hills and mountains of Southern California may locally be doused with as much as 8 to 20 inches of rain. Dangerous, perhaps deadly, fla... 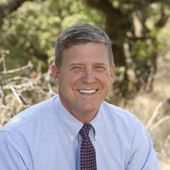