I survived an IRS audit

2 Comments
I recently concluded an IRS audit and I would have to say that I was very pleased with the outcome.  I was audited for 2006 and the red flags were my business expenses.  I switched accountants for that year so i was not at all surprised.  I decided to represent myself and not get the accountant i...

Has anyone ever been audited by the IRS?

1 Comments
I recently received a letter informing me of an IRS audit. Has anyone here ever experienced an audit? If so, what did they ask for and what was the outcome?

I think getting a license should be harder, do you??

6 Comments
When I started back in 1999, there was a little over 4000 members in my local MLS. Today there are over 8000 members. The boom of the early 2000's caused many people to think we are making millions, so many people sought to get their licenses. Some people just want to sell their own house so the ...

Has this ever happened to you?...

3 Comments
It was about five years ago when I had my first scary experience being a Realtor. During that time the market here in Westchester county was very strong and houses were going above the asking price with bidding wars everywhere. Well I was representing a very good buyer, a couple, who happened to ...

Is it me or is this year starting off pretty good?

0 Comments
After having a my worst year in 5 years last year, (been a Realtor for 9yrs) I think this year is starting off pretty decent. My primary area is Southern Westhester outside of NYC so the market is less volitile. I have not made any tremendous deals lately, but activity on my listings has increase...

What is the greatest book you have ever read...

7 Comments
...that touched you in such a good way that it made you a better Realtor? I have read many books related to this business. I love the good motivational books like Rainmaker, How to Become a Millionaire Agent and Still Have a Life, etc. The book that I thought was the best and changed the way I do...
Back to Top Archives
Rainer
4,825 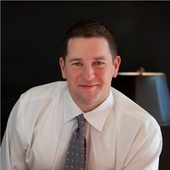