Buying a Home? How the Serenity Prayer May Help

0 Comments
You may be frustrated while attempting to buy a home in today’s market. You may feel powerless to the process. How could YOU possibly know whether the current good news about housing will continue? There is no doubt that today’s real estate market is extremely difficult to navigate. However, we w...

How's Your IQ on the QM

1 Comments
The Qualified Mortgage Rule came into effect on January 14, 2014 as one of the results to the Dodd Frank Reform Act to protect consumers from predatory lending practices.  This will affect the underwriting standards that the majority of lenders will use to qualify borrowers. The ability to repay ...

0 Comments
Over the past few years, Chinese buyers have been one of the big stories in luxury real estate. Recently, there has been increasing speculation about troublesin the Chinese economy.   There is also growing speculation that A Chinese housing market crashcould be even more disastrous than America'...

0 Comments
We have often suggested that potential home buyers consider rising interest rates when thinking about the true cost of a home. Remember, cost is not determined by price alone but by price and mortgage rate. The longer a buyer waits, the higher the mortgage payment will be if rates continue to inc...

3 Reasons the Housing Market Should Thrive in 2014

0 Comments
Recently, HousingWire asked David Berson, chief economist at Nationwide, for his opinion on the near-term future of housing. Below are what Mr. Berson believes to be the three things you need to know about housing in 2014. We have included a quote from the article and a small comment from KCM fo...

Looking for the Largest Deduction

0 Comments
IRS allows taxpayers the option to take the standard deduction or the itemized deduction.  The astute taxp made each year. The 2013 standard deduction for a married couple filing jointly is $12,200 and $6,100 for a single taxpayer.  It doesn’t require any proof of actual expense and has no requir...

0 Comments
Buying a home is a major achievement in most everyone’s life.  Pride of ownership, tax breaks, equity and the ability to increase your wealth and net worth are just a few of the many benefits you’ll enjoy with your new home.  Your home purchase may also be one of the largest you will ever make....

Should I Rent My House If I Can't Sell It?

0 Comments
A recent study has concluded that 39% of buyers prefer to rent out their last residence rather than sell it when purchasing their next home.   The study cites that many homeowners were able to refinance and “locked in a very low mortgage rate in recent years. That low rate, combined with a stron...

1 Comments
Come see this lovely house that just went on the market! 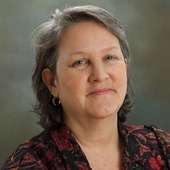