3 Comments
The Friday bank failure headlines are still rolling out like clockwork.  At 44 bank failures so for for 2011 so far. I suppose the good news is that the rate and number of failures is slowing. 44 failures at almost halfway through the year is on a track to be much less than last years 157 total f...

Don't worry, the worst has passed.

4 Comments
Were told the worst has passed. The banks and financial markets are in good shape now. We need not worry any more. Buy buy buy. Right? It's a bit ironic how only the big banks get the attention and the little local and regional guys are goingout of business left and right. It's like clockwork eve...

1 Comments
Bonita, The Hidden Gem of South Bay San Diego One of the oldest communities in the east part of south bay San Diego, Bonita is considered a Hidden Gem by many. Bonita, Spanish for pretty, describes the five-mile location along the Sweetwater River between the Sweetwater Reservoir and the 805 free...

Know what/who your are voting for

0 Comments
I hope everyone voted today. More importantly, I hope those that voted thoroughly investigated the people and propositions that they voted for. It's not enough just to vote like some say. You better know what your are voting for!

5 Comments
Is Second Foreclosure Wave Still Coming?   Although we've seen less bank owned properties for sale in San Diego than the flood that hit in 2008, it seems logical that a second wave should be coming in soon. The first wave of foreclosures was mainly those with mortgages that had reset to higher ra...

2 Comments
A few weeks ago I posted a chart of the "flash crash" in the stock market. It showed how a market, no matter how erratic, if left to trade freely, will correct itself quickly without any intervention. It may become a bit exaggerated due to panic of the masses, however the correction happens much ...

A Great Handyman Is Hard TO Find

2 Comments
As many people have experienced when trying to find someone to repair or build something on their property, quality and honesty are attributes that seem to be forgotten.  Almost everyone has a story about a contractor who tried to rip them off, or did, or had an upfront estimate but then charged ...

Bank Of America Resumes Foreclosures - Back to Business as Usual

2 Comments
After taking the initiative to halt foreclosures in all 50 states, Bank of America has announced they are already back to foreclosing again - even in the 23 states that require judicial foreclosure. After their shares dropped last week on the foreclosure halt announcement, they no doubt are tryin...

0 Comments
Well the Bonita Fest came and went again this year. This was the smallest Bonita fest in a decade or two. Unfortunately for the kids, there was no parade this year. Next year, however, a parade is promised once again thanks to some local contributions.
Previous 1 2 3 4 5 6 7 8 9 10 11 12 Next
Back to Top Archives
Rainmaker
105,700 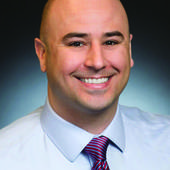