#2 and COUNTING on ACTIVERAIN!!

9 Comments
I have been active on activerain for no more than three weeks and have received TWO great referrals and have posted one that has generated a handful of good leads.  I am truly impressed with the overwhelming response and even more so by the general feeling of positivity!!  It is nice to network w...

MY FIRST REFERRAL ON ACTIVERAIN!!!!!

9 Comments
I posted my first referral on Activerain today for a friend of mine who is moving to Naples, FL.  Within minutes, I had 5 responses and within 6 hours I received over twenty five!!  I am excited not only with the idea of introducing my friend to a skilled professional, but also networking with so...

2 Comments
Who is running out to buy the new iPhone?  Who has one now?  Who will never buy Apple?

1 Comments
I have been very used to seeing deals at 60 -70 cents on the dollar in Panama City Beach.  These are not really around every day like it seems as I believe you have to try and get to today's market value before you can substaniate a deal.  However, I am previewing a foreclosure this morning for a...

#1 Place to Invest in a SUMMER HOME - Panama City Beach

0 Comments
This was reported on smartmoney.com.  GREAT PRICES and a NEW AIRPORT are giving us some NATIONAL ATTENTION! Credit-crunch-squeezed homeowners and investors are unloading second homes en masse, offering up desirable vacation properties at some pretty steep discounts. "When the market is down and t...

1 Comments
I wish I had 20 of these to sell!  We recently put a deal together at the Calypso Resort and Towers (right next door to the $200 Million Pier Park) for a unit where the Seller accepted a contract at 20% off of TODAY'S MARKET VALUE.  In a time where there are so many "motivated sellers" of differe...

0 Comments
We had a great Memorial Day weekend in PCB with fantastic weather!  It seems like more and more of our Buyers are coming off of the sidelines with such great deals on gulf-front condos...especially around the new Pier Park!

2 Comments
Thanks for everyone's warm welcome so far.  Panama City Beach is set for a big Memorial Day Weekend with a gulf-front, $200 Million dining, entertainment, shopping complex opening this weekend.  I may miss a few days of this as I played some music at Tootsie's Orchid Lounge (same as Nashville ven...

0 Comments
Did you know that you could invest in real estate with your IRA?  There are certain scenarios that are perfect for this invesment vehicle.

Are you moving/investing in Panama City Beach?

5 Comments
Tootsie's is open at Pier Park, the airport is ahead of schedule and I have another one closing on Tuesday.  Life is good, I think I'll be playing my sax tonight at Pier Park and golf this weekend...
Back to Top Archives
Rainer
8,359 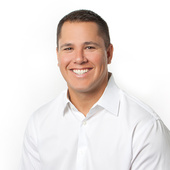