4 Comments
The "American Recovery and Reinvestment Act of 2009," passed the House on February 13, 2009. The Senate also passed the bill later that day. The President is expected to sign the bill soon. The bill provides for a $8,000 tax credit that would be available to first-time home buyers for the purchas...

0 Comments
Does anyone have a recommendation for a site that has mulitple property flyer software.

0 Comments
Does anyone have a recommendation for a site that has mulitple property flyer software.

1 Comments
Open any major publication or tune into any national news program and you'll be bombarded with negative stories about the real estate housing market in America. There's no question that the subprime lending debacle is a major event because major financial institutions fell victim to greed support...
Back to Top Archives
Rainer
11,972 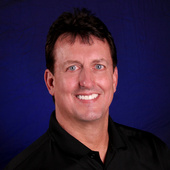