3 Comments
The Inspector Advisory Committee's SOP Sub-committee met via teleconference on 12/9 to begin the discussions and process of writing a Commentary for the new Inspection Standards of Practice that is due to go into effect 2/1/09. The Commentary will expand upon the language in the SOP, clarify the ...

0 Comments
You think Fred may be being a little sarcastic here?

3 Comments
For those inspectors that are considering adding thermal infrared thermography to their services here is an IR Camera Comparison chart that I recently put together. It compares the most important features of several manufacturers and models of cameras and can be a starting point for selecting a c...

2 Comments
Send your own ElfYourself eCards

5 Comments
The new TREC Inspection SOP has been adopted as many well know. Here is a short presentation, in pdf format, that I developed to use to familiarize other inspectors and even Realtors and agents on the more significant changes. This is a draft version at this time and subject to change. Click here...

6 Comments
Well, as we come to Veteran's Day 2008 I was looking for something special to commemorate the day. You may not care for C&W music in general or George Jones in particular but this is a nice tribute to our veterans. Click here: 50,000 Names

7 Comments
Here are my notes from the October 27th Texas Real Estate Commission meeting in Austin. As usual, my personal notes are in bold, blue font for easy identification. Bottom line is that the new, proposed SOP was accepted as expected. The Inspector Committee recommends waiting until the promulgated ...

5 Comments
The official August TREC staff reports show a 7.1% decline in the total number of inspectors in Texas from March '08 thru Aug '08. There are now 4,018 inspectors in the state and with the economy, housing market and other influences that number will likely fall to around 3,800 by year's end. Fewe...

3 Comments
I was only able to attend a couple of hours of the Oct. 10th Inspectors Committee meeting so I doubt that I will publish any extensive notes from the meeting. One topic of interest was that I did talk to one of the TREC staff attorneys offline a little about the line item on the agenda regarding ...

1 Comments
Here is the August 2008 Sunset Commission Report & Recommendation on the Texas Residential Construction Commission (TRCC). Pay special attention to the Recommendation as it could have wide ranging implications. See the report HERE.
Previous 1 2 3 4 5 6 Next
Back to Top Archives
Rainer
165,933 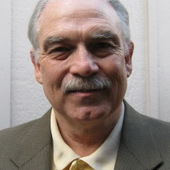