0 Comments
The first month of 2012 saw a continued decline in active inventory. An overall decrease of 33% compared to 2011, 27% on non-distressed, and 48% on short sales and foreclosures. Foreclosures alone are down 56% from last January. Pending contracts are starting out strong, up 22% from last January....

0 Comments
Time is running out for people seeking new luxury condos in waterfront towers as the last of the units built during the go-go days fill up in Tampa Bay.  Water's Edge, overlooking Clearwater Harbor, is the latest tower headed toward selling out after new owners slashed prices nearly 40 percent. ...

Is the foreclosure crisis finally fading?

2 Comments
WASHINGTON – Feb. 13, 2012 – Foreclosures decreased by 8.4 percent – or 130,000 – in 2011, according to research by CoreLogic.“The pace at which properties are entering foreclosure is slowing,” Mark Fleming, chief economist with CoreLogic, told CNNMoney. “(Even though) servicers nationwide steppe...

What Does Warren Buffet Think About Buying A Home?

1 Comments
Warren Buffet is seen by many as the greatest investor of our time. When he speaks, people listen. Like anyone else in his position of influence, he is criticized by some for using his bullhorn to promote his own business agendas at times. That makes it very interesting when we occasionally learn...

0 Comments
Home prices are on the rise  with a 7.4 percent home price increase in the Tampa Bay for 2012, which would make it the sixth in the nation in terms of predicted price improvement in the Tampa Bay area. It's great to see  the Tampa Bay Times writing an article explaining just that! Click below to ...

0 Comments
WASHINGTON – Feb. 8, 2012 –Fannie Mae announced the expansion of its “Online Offers” system to collect and manage real estate purchase offers for Fannie Mae-owned properties across the country. Click here to keep reading... And as always click here to check out my website!

Beat the competition in buying foreclosures

0 Comments
While bank-owned homes are plentiful in many markets, they aren’t always easy for a buyer to get. Foreclosures sell at bargain prices – sometimes at 35 percent discounts when compared to nonforeclosures. But the ultra-low prices attract investors and all-cash offers, which makes it difficult f...

2 Comments
At the Renaissance Vinoy Resort in St. Petersburg will be the Festivals of Speed Staged inside an actual aircraft hanger, guests will experience a fabulous display of vintage & contemporay aircraft, the world's most exotic cars, custom created motorcycles, high performance boats and the finest l...

0 Comments
If you’re looking for luxury in Palm Harbor and don’t want to spend millions then Autumn Woods is the neighborhood for you. Homes range in price from $300,000 on foreclosure to $700,000. Check out more homes for sale in Autumn Woods here at my website
Previous 1 2 3 4 5 6 7 Next
Back to Top Archives
Rainer
23,760 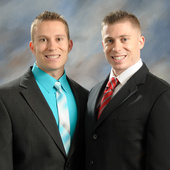