Bob Pisa, Broker Associate has not posted any blogs at this time. Please select another month.
Back to Top Recent
Rainmaker
322,405 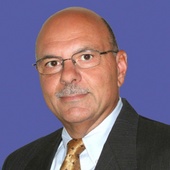 Author Bio: Bob Pisa moved to the Naples area after spending 30 years in the Boston area. He was raised in the metro-NYC area and graduated from the Rochester Institute of Technology (Rochester, NY) in 1974. His career has been primarily in high-technology manufacturing and enterprise software for multi-national companies. Bob was also a successful small business entrepreneur and ultimately sold his start up business after six years of operation to a major corporation. He is the former Vice President for the Grandezza Master Homeowner's Association (two terms) and former President of the Santa Lucia Homeowner's Association (three terms.) Bob attained his real estate license in 2005, and is working in commercial and residential real estate. He is a member of Naples Area Board of Realtors®, NAR, and Florida REALTORS.